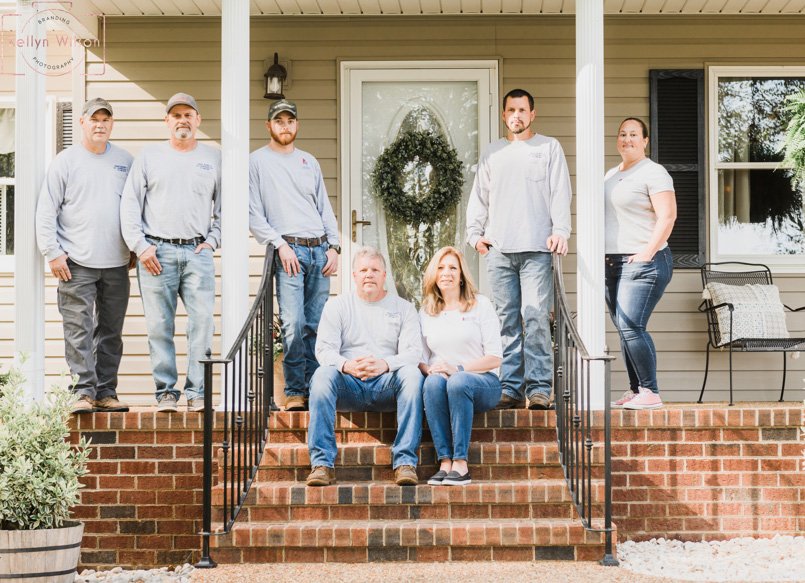 Alan was born and raised in Toano, Va. He has worked exclusively in the HVAC field since 1983. His experience includes working for several local HVAC companies in addition to the Commonwealth of Virginia and James City County. He has a Master HVAC Certification and Master Gas Fitter Certification through the Department of Professional and Occupational Regulation.

Alan always had a part-time HVAC business doing small jobs but in 1992, with the goal of growing his customer base to start his full-time company, he started Owens Mechanical. In 2004, Alan took that leap of faith into his full-time business, Owens Mechanical. He changed the business name to Owens Heating and Air Conditioning Inc in 2015. Alan has always believed the importance of honesty and dedication to his customers.

Alan is the proud father of Christopher and Travis Owens. Like Christopher, Travis also has worked and shared his interest in the HVAC field but now works on heavy equipment. Travis lives in Florida near the beach with his wife, Jule and his sweet granddaughter, Reagan. Alan also has 3 grandchildren, Sofia, Giuseppe and Giovanni who affectionately call him Papa A.

Alan enjoys traveling with his wife, Lisa, boating on the local water-ways, camping, and spending time with family. Alan and Lisa were married in 2020 and they have a wonderful blended family. 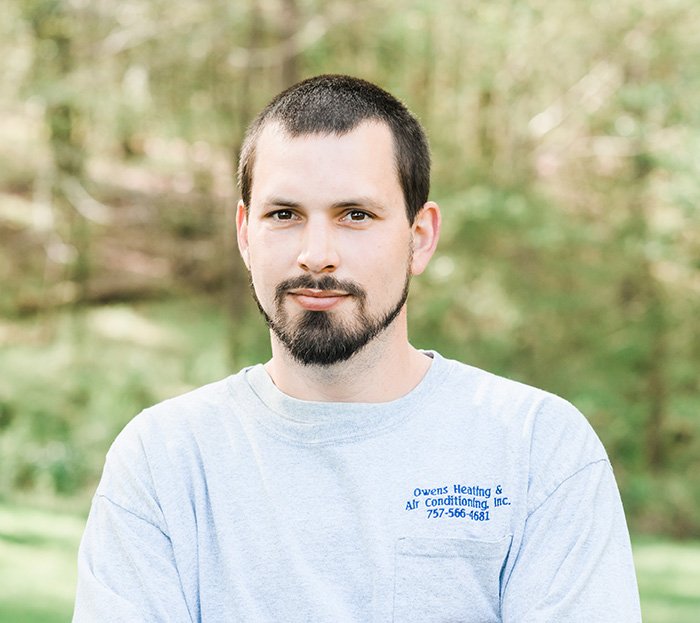 Chris has grown up working on HVAC systems, going on side jobs with his dad as early as 3 years old. He worked summers while in high school and in 2009 after graduation, he joined the business full time. Chris takes great pride in his work with his installations and service calls. We have received so many great reviews because of his work. Chris plans to continue the family dedication to honest repairs and installations with unbeatable prices.

When Chris is not working you can find him in the woods, he enjoys any type of hunting and fishing. He is also busy fixing up his first home that he shares with his two labs, Parker and Avery. 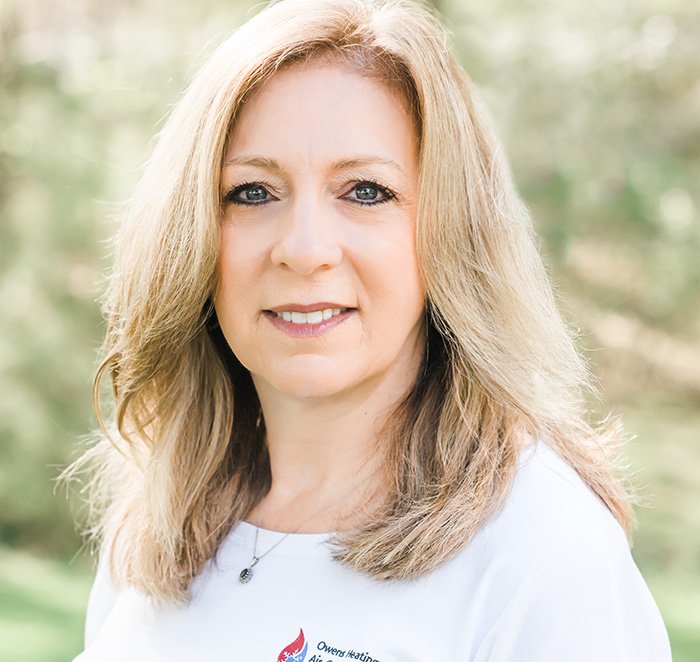 Lisa was born and raised in Williamsburg for most of her life. She began working for the company in 2015 and enjoys the family-based business. She has worked in the dental field for 34 years and has just retired to work for Owens HVAC full-time. When you call the office number now you will be hearing her voice on the other end scheduling and dispatching service calls and installs for the technicians. Lisa also handles all the office duties and financial duties for the company.

Lisa loves to travel! She also loves boating, camping and entertaining friends. Lisa is the proud mother of Michael and Chelsea and Nana to Sofia, Giuseppe, Giovanni and Reagan. Alan and Lisa were married in June 2020 and they both look forward to spending time with their blended family. 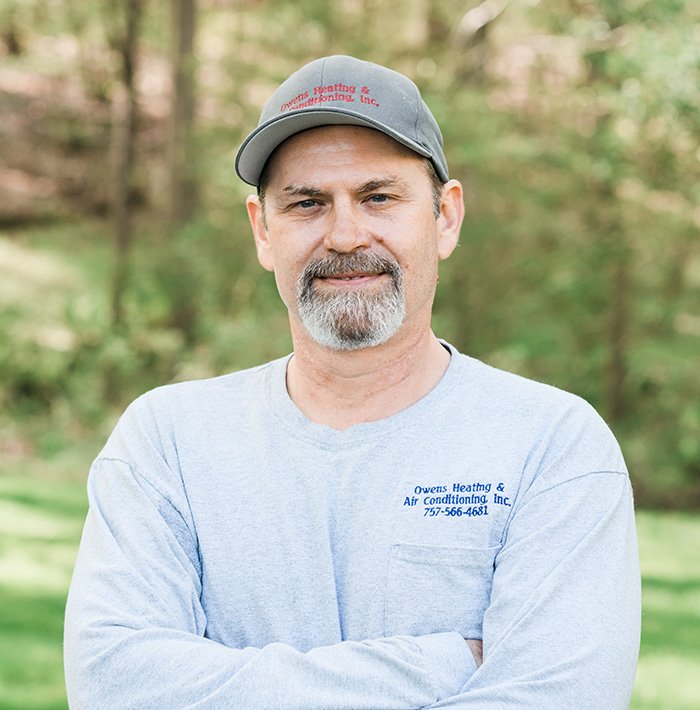 Greg has been with the company since 2016. He started in HVAC in 2000 working for a commercial HVAC company, he transitioned to residential in 2012. We feel very fortunate to have him apart of our team and he is a part of our HVAC family. His hard work and dedication to the company is unbeatable.

Greg lives in Gloucester and is married to Lynne. They have two very busy children, Joel and Brenna. Greg is very much involved with the Gloucester Football & Baseball leagues where he a coach and volunteers his time. He is also a huge Dallas Cowboy Fan! When not on the football field the family enjoys time on the local beaches. Greg also loves to hike and fish with his “buddies”. 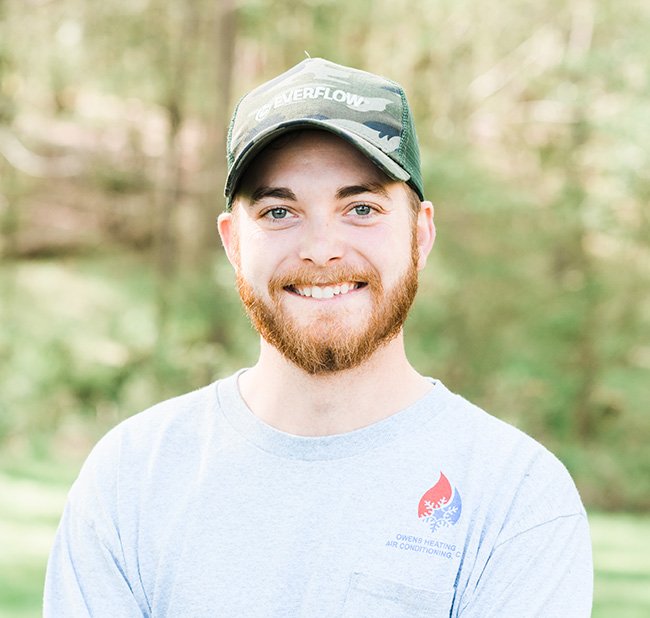 Brett Martin started with Owens HVAC in 2020 as a trainee. Over the last couple of years he has become a great technician and asset to the company. Brett enjoys the close family based business and is excited to serve the local community. Brett is an outdoors man, he enjoys all types of hunting, fishing and outdoor activities. Brett grew up in upper York County where he graduated from Bruton High School. 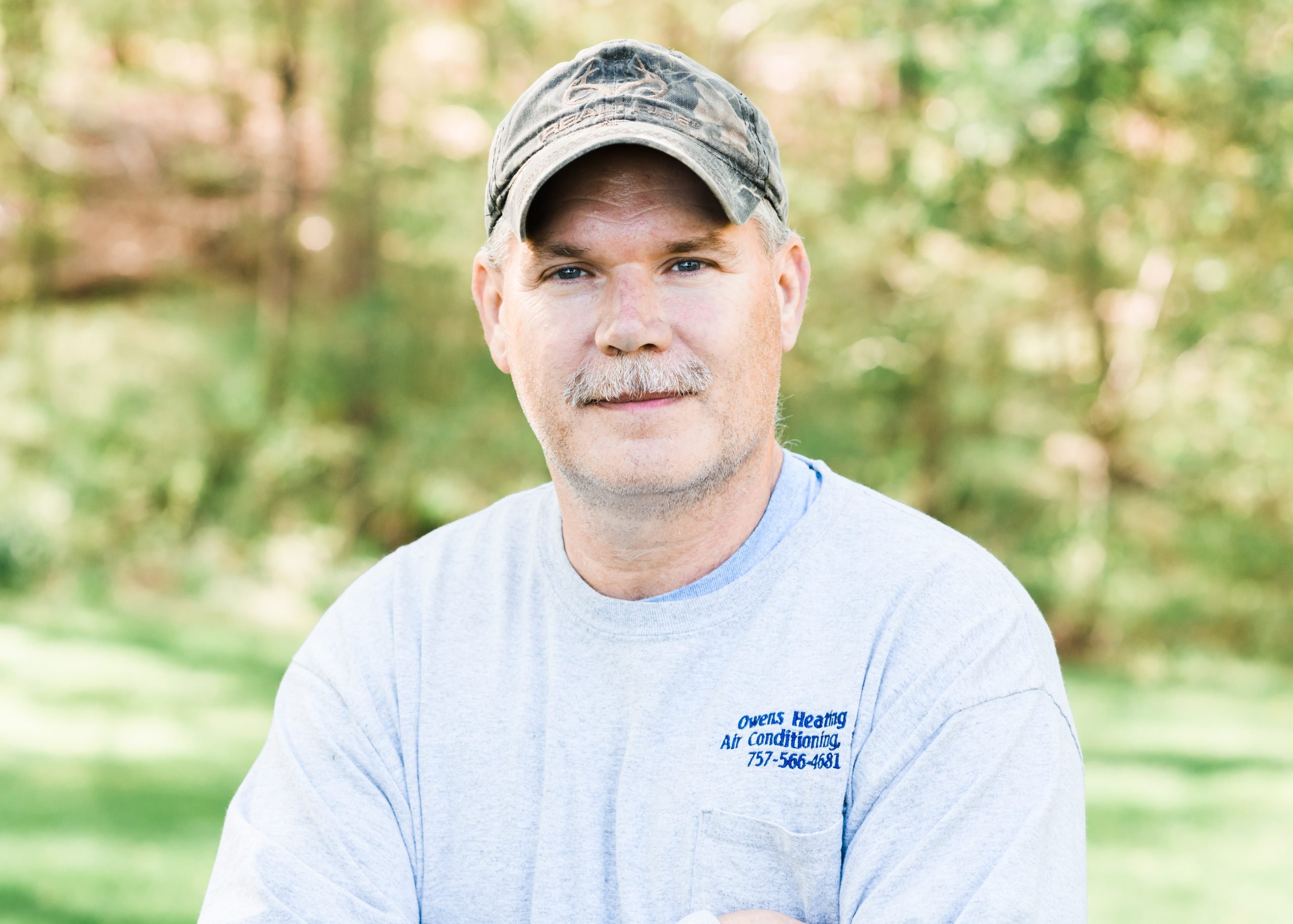 Kevin has been working in the HVAC industry for over 25 years. We were fortunate to have him start working for our company in 2020. He has added great talent to our team. He was born and raised in the Upper York County and Williamsburg community but now lives in Providence Forge. 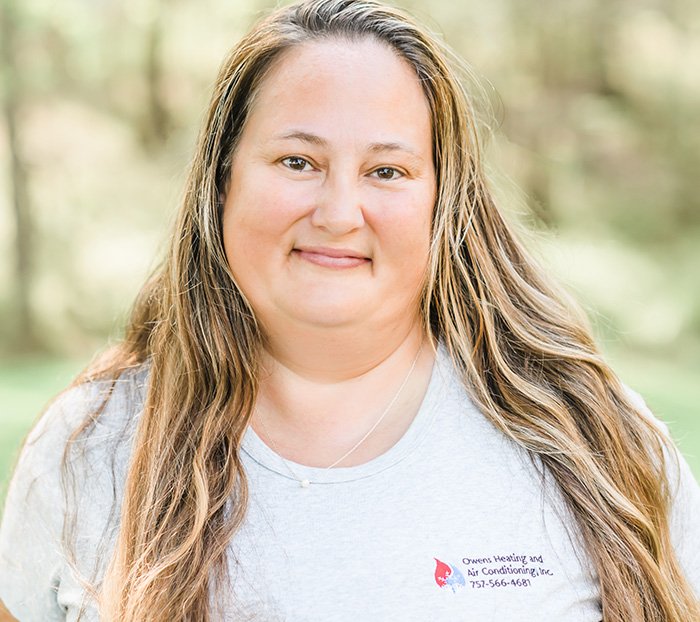 Tina has been working with the company since 2021 as a technician helper but her most recent position is working part-time with office duties. Tina loves to travel, boating and hanging out with her family. She is married to Mike (Alan’s brother)  and they have two amazing teenagers, Amber and Grace.  If you asked her, what is your favorite place on earth? She would tell you the ocean! 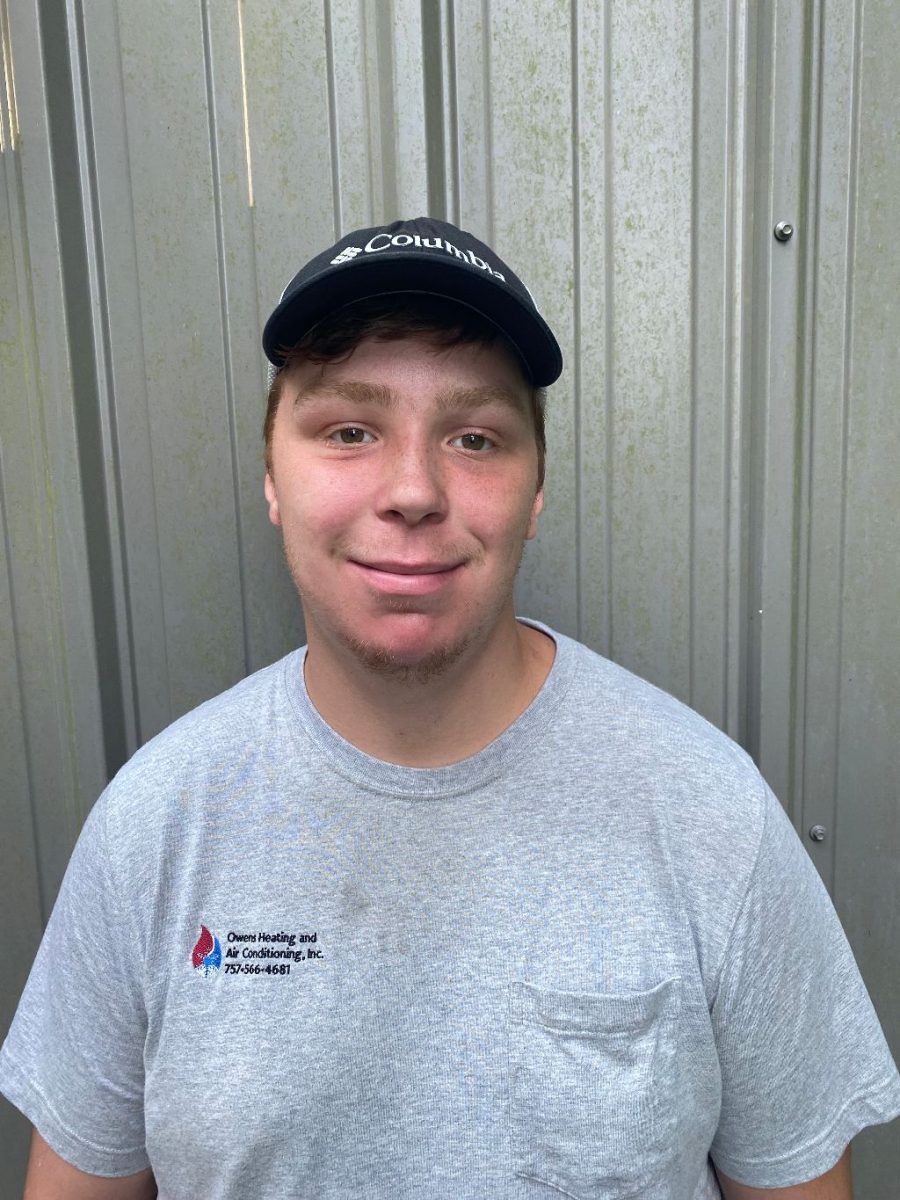 Thomas has been with the company since July 2022 and we couldn’t be prouder of what he has accomplished in such a short time! Thomas knew that college wasn’t something he wanted to pursue but he had an interested in the HVAC field. After graduating from Warhill High School, he did some traveling with his family but now he is pursuing his dream of becoming an HVAC Technician. We are happy he decided to join our team as his work ethic is beyond his years! We are confident that he will be taking the lead of jobs very soon. 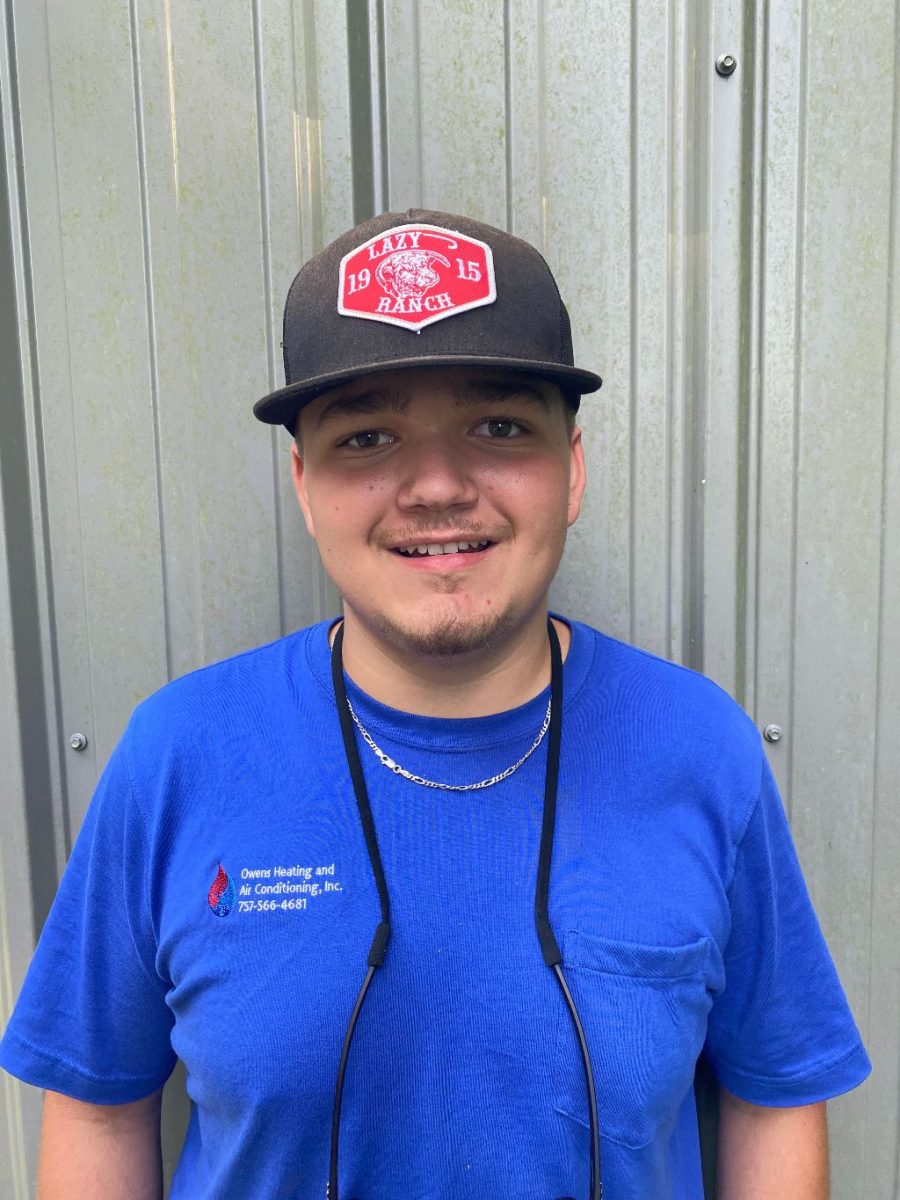 Trevor has been working as a seasonal technician helper the summer of 2022. Trevor is a raising Junior at New Kent High School. He is planning on taking the New Horizon HVAC Tech program along with his other classes. Our plan is for him to continue to work with us on school breaks and holidays. He has been a great asset to our team and we will encourage him to continue his dream of becoming an HVAC technician after graduating for high school. He knows that there will be a position here at Owens HVAC for him!